Jackson took his first road trip: to Maryland. Uncle Solo earned his PhD so off we went to celebrate. On the ride to MD, Jackson slept a total of 5 hours (!) out of the 6.5 hour drive, with a restaurant break in between legs. The first full day there we went to Annapolis, a beautiful navy port. Jackson enjoyed exploring in the plaza with his cousins and cuddling with Grandma. Then we all headed to the Capitol building in DC. Jackson, Joe and I opted to play outside in the Shakespeare museum garden and go for walks instead. It was fun to hang out on East Capitol Street again — Joe’s street when he lived there. On the last full day, we took a walk to a park with Jackson’s aunties and Uncle Solo. Jackson liked playing in the wood chips, as usual. We saw a 17 month old who swung from the monkey bars and climbed up then stood on a high pedestal. She was incredible, and put Jackson’s motor skills to shame (yes, she’s 5 months older, but she was pretty much gymnast quality). Jackson had some trouble warming up to his Ohio family. He would play with them, but he wouldn’t let anybody hold him… except Grandma. Guess that means he just needs to visit them more often!! 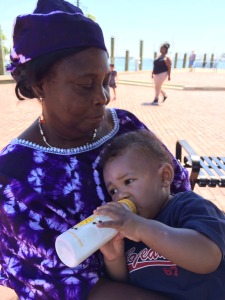 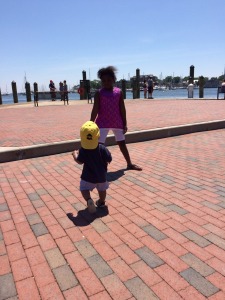 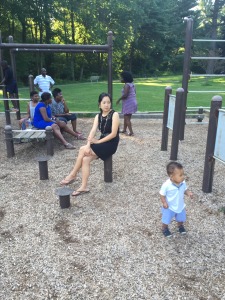 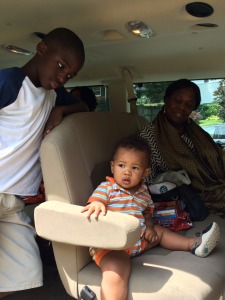